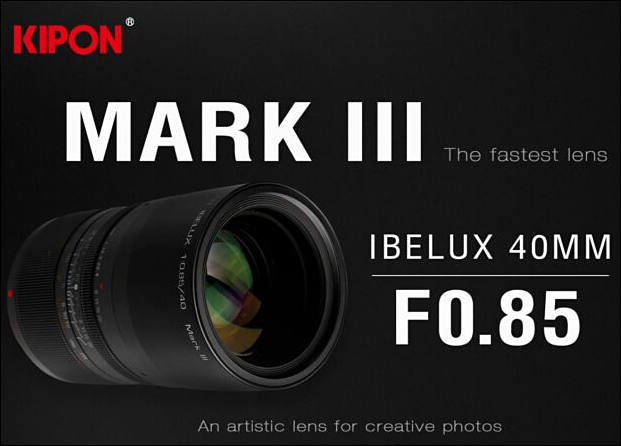 A new version of the Kipon Ibelux 40mm F0.85 lens is being released, which we expect they will continue to support on the same camera mounts as their last two versions: Sony NEX, Fuji X, Canon EOS M and Micro 4/3.

This lens has been criticized in terms of its image quality, but reportedly significant improvements were made in the Mark III version.  We will see!

Video Rumors is a news, reviews, information, and rumors site for all things video production and filmmaking related.

Submit news or a rumor.