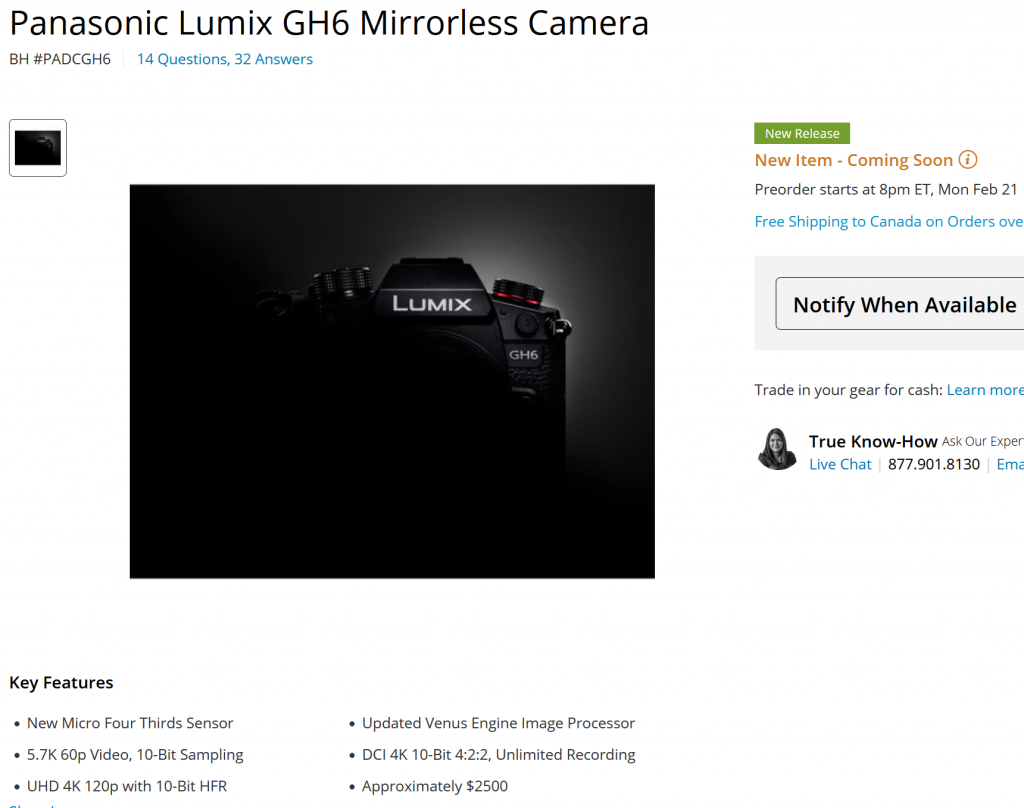 The Panasonic GH6 is finally happening, after years of waiting.  Some predict this may be the last flagship micro-four-thirds body from Panasonic.  We hope that prediction is wrong.  For us the biggest advantage of this series of cameras is the size and usability.  If you’re a one-man-band, or having to travel light weight, there are few other comparable options at the same size and weight with the same features (e.g., IBIS).  Of course not everyone needs or prefers IBIS, which has its disadvantages, but for those who do, it’s a godsend.

The three biggest new features appear to be:

Panasonic will be announcing this camera soon: 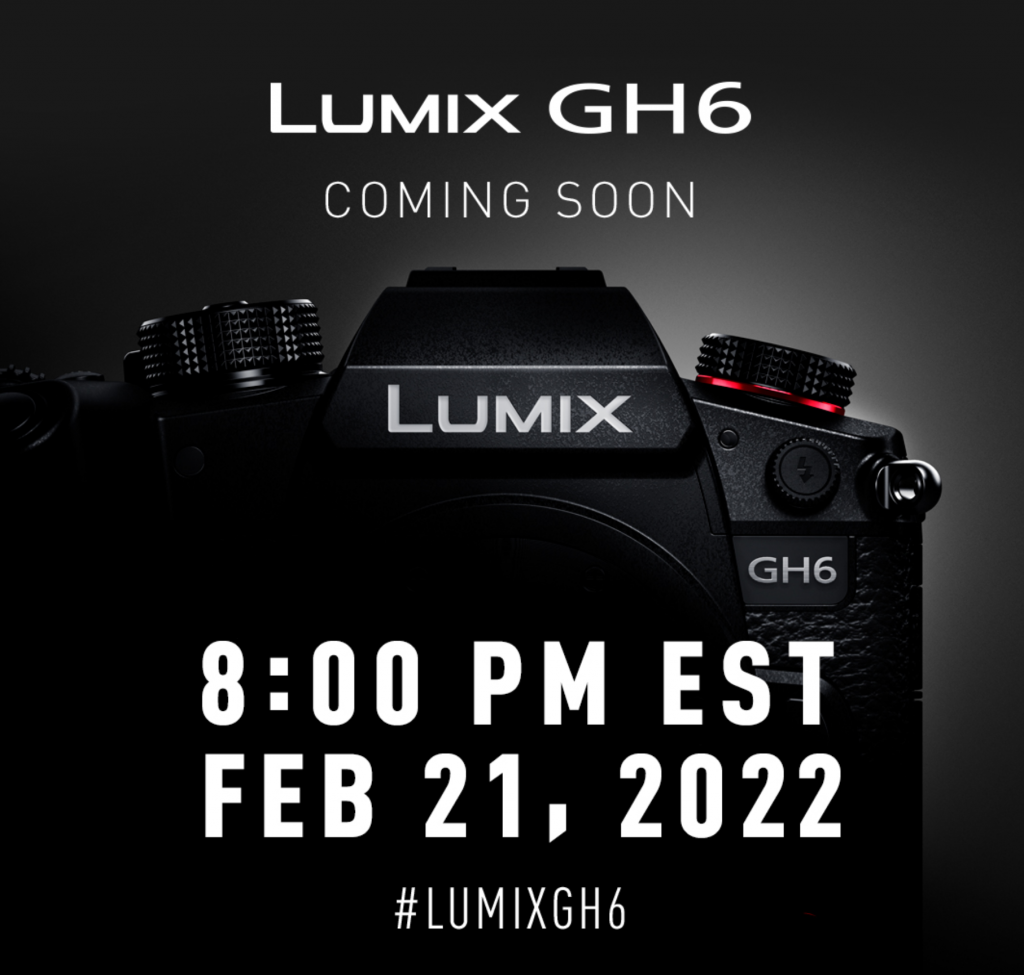 As the next milestone in the evolution of the legacy of Lumix cameras, Panasonic is proud to announce that the development of the Lumix GH6 is underway. The flagship of the Lumix G Series and the latest model of the GH line, it is renowned for its stunning mobility and innovative video performance. Combining the high-speed sensor and Venus Engine image processor, the new GH6 realizes next-generation video expression. Providing 4:2:2 10-bit DCI 4K/60p recording capability, the Lumix GH6 achieves unlimited video recording when the camera is used under the certified operating temperature. It is reliable enough to record continuous footage for a desired duration. It also provides a 10-bit 4K 120p High Frame Rate (HFR) and Variable Frame Rate (VFR) for high resolution slow/quick motion video. Moreover, the GH6 records 10-bit 5.7K 60p video by taking full advantage of the newly developed Micro Four Thirds sensor. Accommodating a variety of recording modes and shooting assist functions, the GH6 enables photo/video hybrid-use for various purposes including films, music videos, documentaries and short clips for social media to meet the creators’ needs.

Video Rumors is a news, reviews, information, and rumors site for all things video production and filmmaking related.

Submit news or a rumor.